It is ten days since I have heard from home. 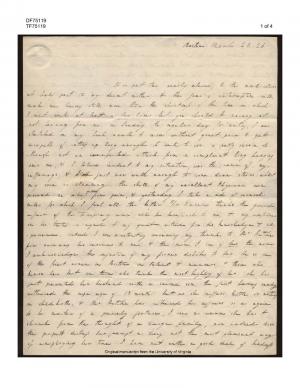