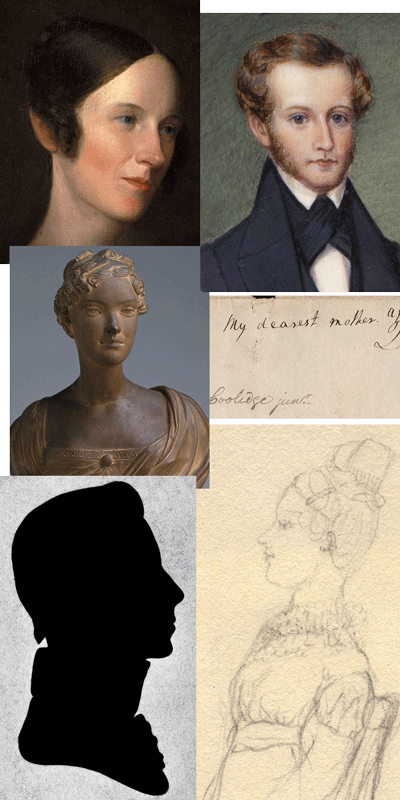 The Jefferson Quotes & Family Letters website is edited by the staff of the Papers of Thomas Jefferson: Retirement Series. Quotes by and about Thomas Jefferson, family letters, and all other documents presented here have been carefully transcribed and fully verified to ensure accuracy and adherence to the high standards that are central to the Retirement Series. When repository permission has been given, images of the manuscripts appear beside their transcriptions.

Rendering the Text
The archive takes a literal approach to transcription, retaining each author’s original spelling, punctuation, capitalization, additions and deletions, and use of superscripts and underscoring. Brackets signifying gaps or doubtful readings of illegible or damaged text and editorial conjectures, as well as clarifications to assist readability are all explained in source notes or in numbered textual notes.

Deletions appear in red with strikethroughs (on the road), and additions are in green (or herself). Names of people and places appear with dotted underlines and full names, where they have been identified, are revealed by rolling over the name. For example, hovering over “Phill” will reveal “Philip Evans (slave).” Likewise, rolling over abbreviations in the source notes at the foot of each letter or quote will expand that abbreviation. Blue in the right-hand column of each letter denotes a link and allows for selection based on those names or terms. Thus selecting Martha Jefferson Randolph under “Recipient” in the right-hand column of an individual letter allows a user to see all other letters written to Martha Jefferson Randolph in the Family Letters collection.

Inclusion and Naming Practices
The archive uses an inclusive definition of “family,” including not only Thomas Jefferson’s immediate family, but also the extended kin networks common among elite Virginians of the period. For example, Jefferson’s longtime friend Elizabeth Trist was the grandmother of Nicholas P. Trist, who served as Jefferson’s secretary and also married his granddaughter Virginia Jefferson Randolph. Elizabeth Trist’s letters, before and after she became connected to the family by marriage, as well as those of other members of the Trist family, are included in the archive.

Regardless of the date of the document, the married surnames of the correspondents will be included in the heading and title. These married surnames will appear within parentheses until after the date of marriage. For example, Ellen W. Randolph Coolidge is identified consistently as Ellen W. Randolph (Coolidge) until her May 1825 marriage, after which her name appears without parentheses. Honorifics such as “Jr.,” “Sr.,” and “III” have been omitted. Where full names are identical, a parenthetical delimiter (preferably life dates) is given following the name.

Copyright Information
The archive cannot grant permission to use or reproduce digital images of letters, portraits, or any other media on our website that is protected by copyright law. Please direct inquiries regarding the use or reproduction of materials to the appropriate copyright holder. Repository information is located in notes at each document.

How to Cite
The location of the original text from which the transcription was made will appear in the notes at each document. Contact the repository noted to access the original. The following is an example of how to cite transcriptions from the Jefferson Quotes & Family Letters website.